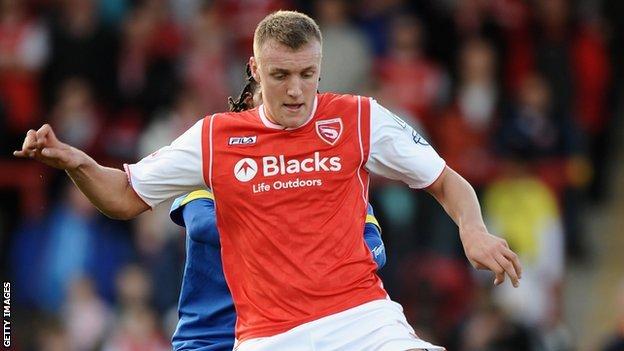 The Iron controlled the first half and led at the break through Sam Winnall's 23rd goal of the season when the striker headed in Paddy Madden's cross.

Kevin Ellison had a goal chalked off after the referee failed to play an advantage but Sampson saved a point.

The result sees Scunthorpe stay two points clear at the top of the table and extend their unbeaten run to 27 matches while Morecambe move three points clear of the relegation zone.

"Credit to the lads, they kept going right to the end. The amount of times we've come back from losing positions is fantastic.

"We kept plugging away, we changed the formation and got all our forward players on.

"Every time we got past the back four, the goalkeeper pulled off some world-class saves.

"We got the important goal at the end and that got us an important point."

"You have to credit Morecambe, they threw the kitchen sink at us, as teams do, but it's disappointing, really disappointing, because we are so close.

"We know we are so close to getting over that line, that extra two points makes a huge difference.

"You know, it's a little bit embarrassing, it has happened too many times this season. We have to stay positive and we have to regroup again on Monday."