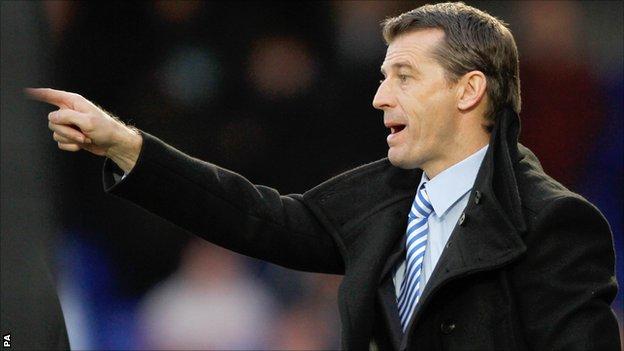 Manager Colin Cooper wants a positive outlook around Hartlepool United, despite a run of four consecutive defeats in League Two.

Pools have slipped from 10th to 15th with their recent form to end their faint play-off hopes, but still have five games remaining to restore pride.

"Everyone is trying desperately to turn it into a negative-fest, it's not going to happen," Cooper told BBC Tees.

"We're not far away from winning games, that's where we are."

Cooper added: "I don't look at anything from a negative point of view. Look at Middlesbrough down the road, they've won three games on the bounce - things change.

Cooper's side face third-placed Chesterfield, on a run of one win from five in all competitions, at Victoria Park on Saturday.