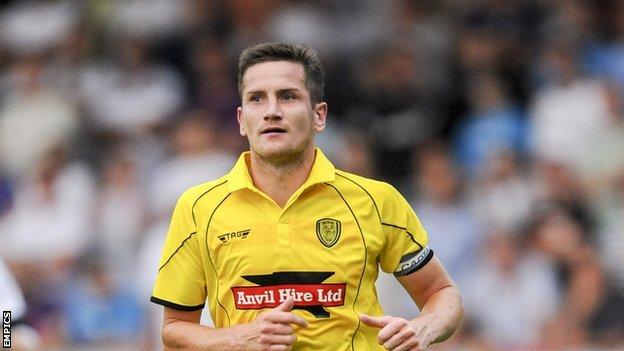 Hartlepool sank deeper into relegation trouble after their sixth-successive defeat at Burton Albion.

The away side should have taken the lead when substitute Marlon Harewood was sent clear, but it was Albion who went in front six minutes later through Billy Kee's six-yard strike.

Jimmy Phillips doubled the hosts' advantage after the break with a curled shot from the edge of the area.

"We actually finished our chances off today. We controlled the game really from the start, I felt. We never really looked in too much trouble in all honesty. I think they possibly had one or two shots on goal in the 90 minutes.

"I just thought we played with real control. We passed the ball well when we needed to, showed some good composure on the ball, and I felt as though our front four were a threat all game - certainly the two strikers. Gary [Alexander] and Billy [Kee] linked well again.

"It was nice to actually come here and put away the chances and we scored more than one goal, which, I don't know whether it was a first, but we haven't had too many this season. It was really pleasing."