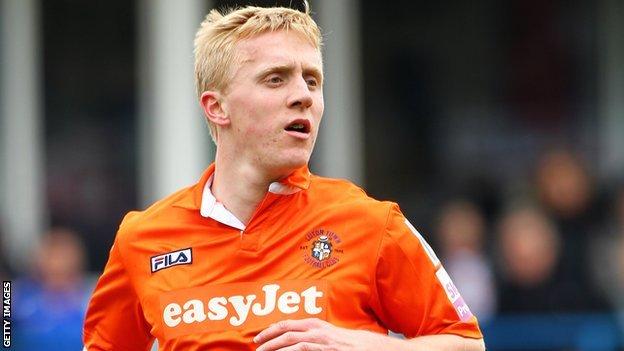 The Hatters duo linked up for the opener, with Gray supplying Cullen, who coolly slotted past keeper Lee Butcher.

Gray doubled their lead when he latched onto a long ball, beat two defenders and drilled home for his 28th goal of the season.

Ross Lafayette's curling effort pulled one back for the host's with five minutes to go, but Luton held on.

The Hatters were handed the title on Tuesday without even playing, following Cambridge United's defeat by Kidderminster.

And after the final whistle on Saturday manager John Still and the players were mobbed by jubilant fans, celebrating their return to the Football League after a five-year exile in non-league.