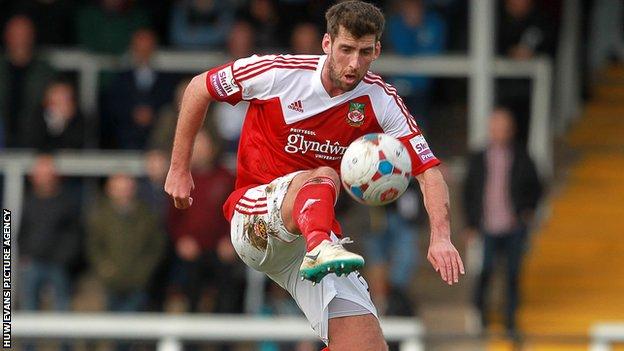 Chester boosted their survival hopes with a hard-fought point in the Anglo-Welsh derby against Wrexham.

The Dragons' Joe Anyinsah was lucky not to be sent off early on, receiving a yellow card for a late, high challenge on Chester's Kevin McIntyre.

Chester are two points clear of the relegation zone with two matches left, while Wrexham are 15th.

"It was never a sending off. Yeah maybe his [Anyinsah] foot's high and I think the boy's kicked the bottom of his foot, but if you're getting sent off for things like that then I think you're in trouble.

"It was a fantastic atmosphere. Clearly we'd have liked to have won it but I felt we stayed disciplined and organised.

"It was a scrappy affair and probably overall a draw was a fair result."