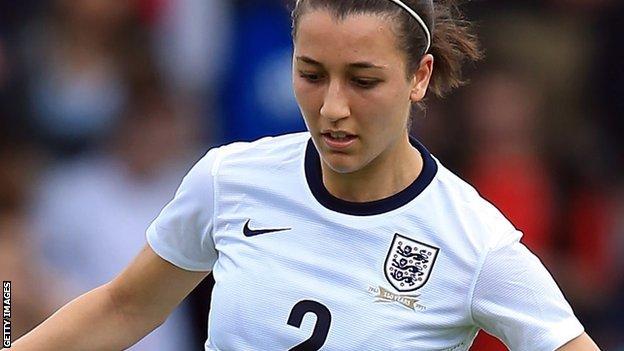 Notts County Ladies edged into the sixth round of the FA Women's Cup with a 2-1 win over Coventry City Ladies.

Dunia Susi scored a goal in each half for the home side before Karen Clough claimed a consolation in added time.

It was a far from convincing performance from Notts, playing in their first competitive match having moved from Lincoln to Meadow Lane.

The Magpies begin their Women's Super League campaign on Wednesday evening when they host Arsenal Ladies.

Both sides enjoyed chances in the early stages of the game, with Caitlin Friend's shot deflected wide for the hosts before Rebecca Anderson saw her low drive test County keeper Carly Telford.

But the home side's pressure told mid-way through the first half as Susi scored a superb solo goal, fending off three defenders before slotting home low to Susan Wood's right.

Notts looked to double their lead early in the second half with Katie Hoyle going close, but her fizzing low drive was turned around the post by Wood, while Friend's cross struck the crossbar.

The hosts claimed a crucial second goal when a neat interchange in the penalty area saw Susi's shot well saved by Wood, but the midfielder reacted quickest and nodded home the rebound.

The visitors almost hit back immediately through substitute Ashleigh Neville, but they did pull a goal back in added time when Clough capitalised on some lax defending and finished coolly from 12 yards.

"Coventry were very well organised, but we showed that we're still not quite there. We're still gelling, but the important thing was to get through.

"We looked a bit nervous and I think the occasion got to a few of the players. For some of them it's hard for them to take it in as just a normal game of football.

"It was a learning curve, but the positive is that we're in the hat for the next round. But we must, and we will be, better in future games."