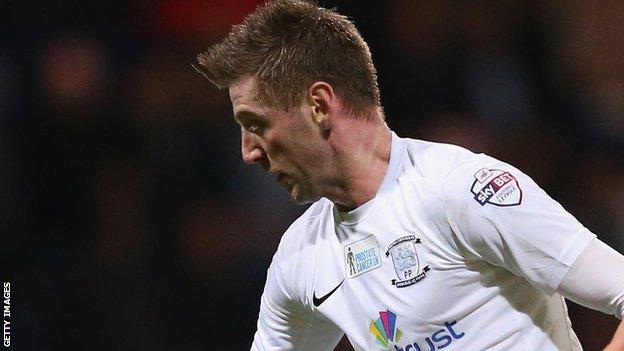 Paul Gallagher's second-half hat-trick for Preston left Shrewsbury on the brink of relegation from League One.

Lee Holmes headed in Gallagher's cross to put the hosts ahead and Bailey Wright volleyed in a second from the edge of the box.

Gallagher then fired in from the spot and direct from a free-kick, after Luke Summerfield headed in for the visitors.

Preston were awarded a penalty after Alan Browne was brought down in the area by Joe Jacobson.

Shrewsbury, who are 23rd in League One, are now six points from safety and will need to win their last two games to have any chance of staying up.

Preston are level on points with third-placed Rotherham having already booked their place in the play-offs.

"I think sometimes you've just got to hold your hands up when you're beaten by a better side.

"We're right up against it now. It's not mathematically certain yet but it's a case of winning two games and hope everyone loses theirs.

"Obviously it's going to be unbelievably difficult, but we've got to do better than we've done today."