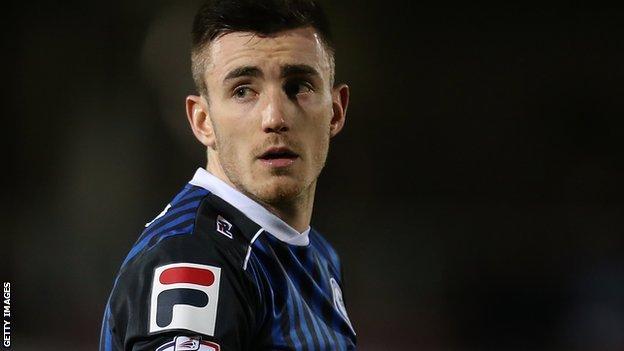 Rochdale came from behind to boost their promotion bid and leave Bristol Rovers in relegation danger.

Rovers took the lead when Kaid Mohamed's shot hit the inside of the post and crept over the the line.

The visitors equalised with the first attack of the second half when sub Joe Bunney capitalised on poor defending to steer a shot past Steve Mildenhall.

Matthew Lund met Michael Rose's cross at the back post to give Keith Hill's side all three points.

"For me, we looked like a side that had played two games in 48 hours.

"Especially in the second half, we looked leggy and off the pace.

"The boys gave it a right go and worked hard but Rochdale's fitness levels looked a lot higher than ours.

"I think the 24 hours' rest helped their players, whereas mine looked dead on their feet."

"The performance was superb.

"I'm just pleased with the three points but we have won the most games in this league.

"It was just reminding the players of how good we are and how to win football matches and that's what they've done today."