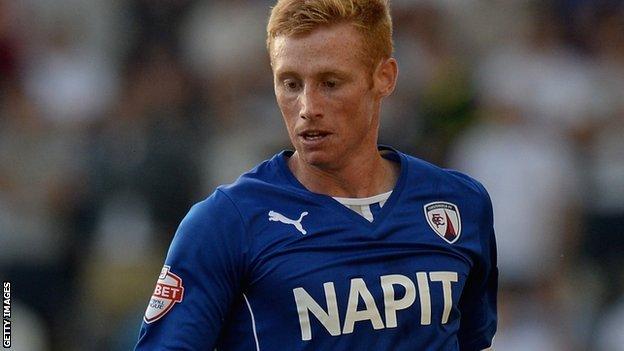 Eoin Doyle's first-half goal earned victory at Dagenham & Redbridge and kept Chesterfield ahead in the race for the League Two title.

Marc Richards should have doubled the lead in the second half but his turn and shot went past the post.

Luke Norris wasted a glorious chance to level but headed wide when unmarked.