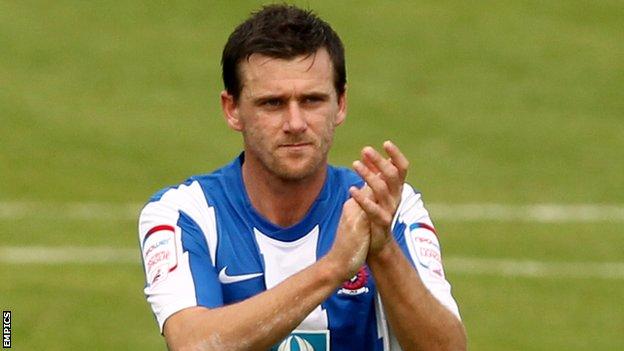 Gateshead strengthened their position in the Conference Premier play-off places as they claimed all three points at the Moss Rose.

Colin Larkin sent the visitors on their way as he headed Carl Magnay's cross from the left into the bottom corner.

Larkin turned provider for the second as his pass found Marcus Maddison, whose shot on the turn flew into the net from inside the penalty area.

They are three points clear of Braintree with one game remaining and have a slightly better goal difference.