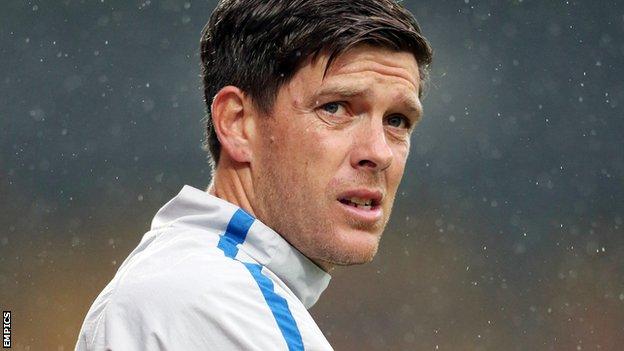 Bristol Rovers manager Darrell Clarke wants to see more fight from his players as they edged closer to the League Two relegation places.

Rovers' 2-1 loss at home by Torquay means they now sit just a point above the drop zone with four games to go.

"One or two of them are nowhere near it and not up for the fight."

Clarke, 36, moved to the Memorial Stadium at the start of the season and took charge of the first team in March, stepping up from his position as assistant manager as John Ward became director of football.

The former Hartlepool and Mansfield midfielder has won only one of his four games in charge, which was his first match against Morecambe,

"Second half we never got ourselves going, found ourselves 2-0 down and, for me, we only really had a go the last 10 minutes, which isn't acceptable for the circumstances we're in," Clarke told BBC Radio Bristol.

"The lads weren't into it, couldn't get themselves going. It's not good enough.

"The destiny is still in our hands, we've got four games to go.

"I'll be picking a team that shows me this week who wants to wear the shirt on Saturday and overcome the fear and expectations."