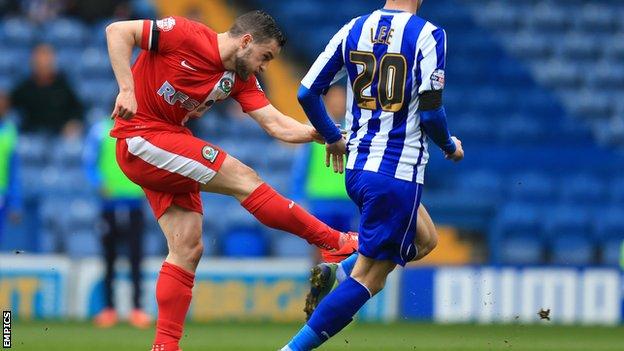 Blackburn winger Craig Conway says the unpredictable nature of the Championship means his side should not give up on the play-offs.

Rovers lie four points from a play-off spot but missed the chance to close the gap further, drawing 3-3 at Sheffield Wednesday on Saturday, having led 3-1.

"I still think there's going to be a twist in this Championship," winger Conway told BBC Radio Lancashire.

"You can't predict it at all. Hopefully there's another twist in our favour."

The 28-year-old, who joined Blackburn from Cardiff in January, added: "We'll still keep trying to pick up results.

"To make it three [wins] on the bounce would have been really good and put us up there with a real chance.

"But it's pointless dwelling on it. There are a few games that we could have won, but they've gone now and you've got to get on with it."

Gary Bowyer's side are unbeaten in eight league matches but have drawn five times in that run, three of them ending 3-3.