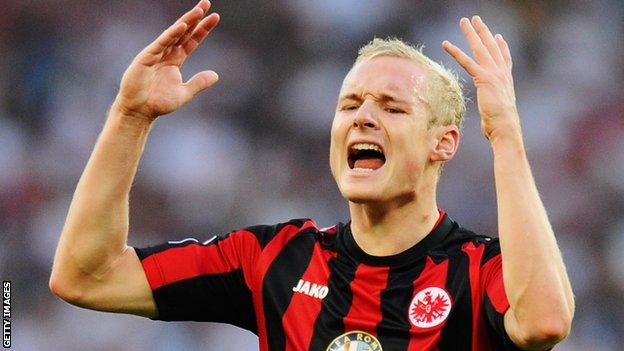 The 23-year-old, who has been capped at Under-21 level by Germany, will join the Bundesliga champions on a free transfer after four years in Frankfurt.

"I am very happy that the transfer worked out," he said. "Bayern is the next big step in my career.

"I want to further develop here and win a bunch of titles."

Bayern won the Bundesliga title last month and face Real Madrid in the semi-finals of the Champions League.

He becomes their second free transfer of the summer, with Borussia Dortmund striker Robert Lewandowski also moving to the Allianz Arena.