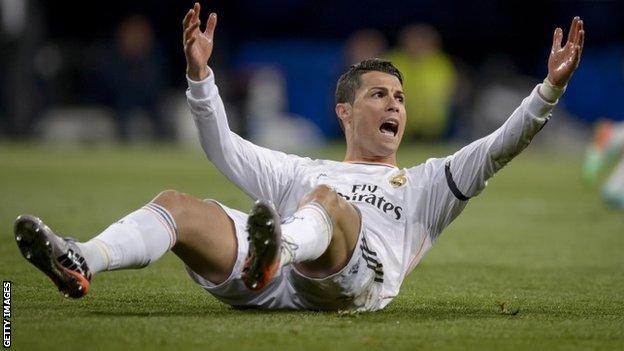 Madrid coach Carlo Ancelotti confirmed that Ronaldo, 29, would not play in Valencia because of a hamstring injury.

"Cristiano is not available because we don't want to take risks and we have other very important games to come this season," said Ancelotti.

Ronaldo has missed Real's last three games with the injury but Ancelotti believes his side will be able to cope in the final, having lost just one of the 10 games the World Player of the Year has missed this season.

"We are going to lose a player with an incredible quality, but his absence has provided motivation for the team to run more and play more as a team," added Ancelotti.

Madrid have lost twice to Barcelona in their league meetings this season but those results have been high points in a disappointing campaign for the Catalans.

Barcelona are third in La Liga - behind Real and leaders Atletico Madrid - following a shock defeat by Granada last weekend and last week went out of the Champions League to Atletico.

That was the first time in seven seasons Barcelona, who have also been hit by a transfer ban by Fifa, had failed to reach the Champions League semi-finals but midfielder Andres Iniesta is hoping to to add to their record tally of 26 Copa del Rey wins.

"We would all like to live in a world of roses where everything is wonderful, but reality is not like that," said the Spain international.

"This is a title, it is something for the fans and us to cheer."

As well as Ronaldo, Madrid are likely to be without Brazilian full-back Marcelo but central defender Sergio Ramos is expected to play after recovering from a neck injury. 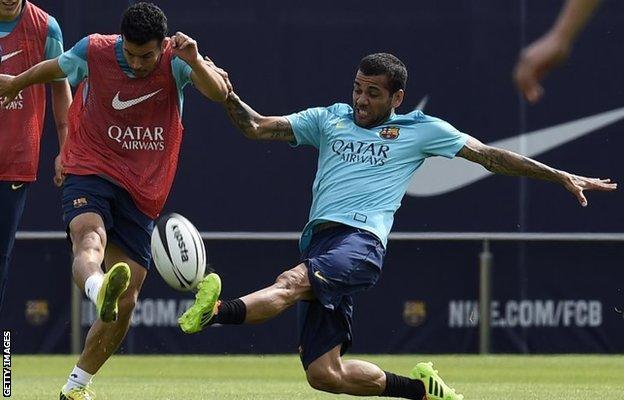