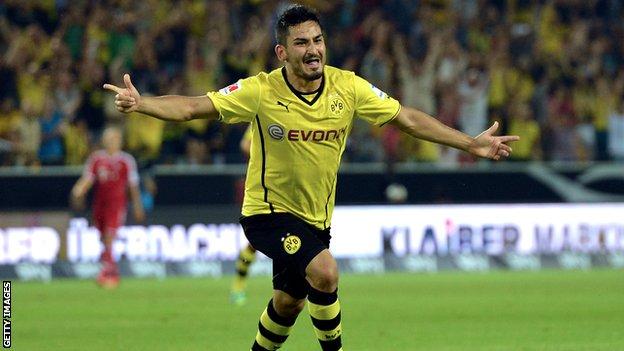 Ilkay Gundogan, a reported target for Manchester United, has signed a new contract with Borussia Dortmund.

The German international midfielder, 23, has signed a new deal to keep him at the Bundesliga club until 2016.

He has not featured much in 2013-14 because of a back problem but had been linked with a move to other top teams.

"I am very grateful that my club gives me the opportunity to continue to be part of this special team and this very special environment," Gundogan said.

"I will do everything to be able to help my team-mates again soon and am very optimistic heading into the coming weeks and months."

The club will lose star striker Robert Lewandowski to Bayern Munich in the summer.