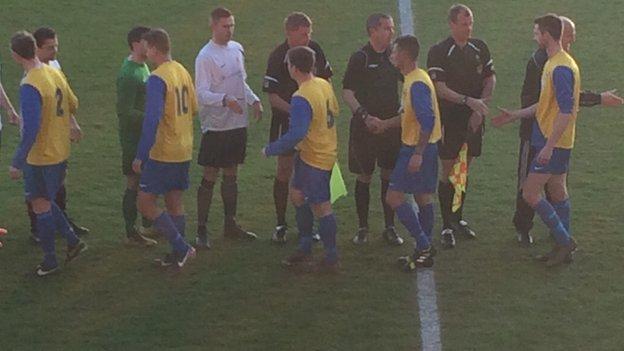 St. Ouen took the lead through Josh Lamy-Coudrais but braces from Jack Boyle and Luke Campbell put the holders in command.

Scots boss Pat Brennan told BBC Radio Jersey: "We played well but they had some great chances. They made it hard for us but we got there in the end."

The result gives Jersey Scottish a cup double for the season, having lifted the Charity Cup in September.

Brennan added: "It doesn't make up for losing the league to St. Paul's, but if you can go through the season unbeaten, you deserve the league.

"I don't think there's much between the teams, but it's great to have the competition."