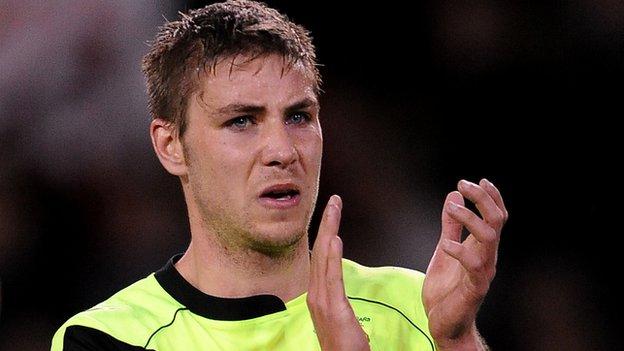 Shrewsbury have been hit by a double blow ahead of the final four games of the season, having lost midfielders Sam Foley and Dave McAllister.

On-loan Foley, 27, has been recalled by his parent club Yeovil Town.

McAllister, 25, who has missed the last four games with an ankle injury, is now out for the entire run-in.

But fellow midfielder Asa Hall will be back from suspension for the key Good Friday derby at home to fellow League One strugglers Crewe Alexandra.

Crewe, in 22nd, are in the drop zone only on goal difference, level on points with both 20th-placed Notts County and Carlisle United, in 21st.

Yeovil, five points adrift of safety in the Championship with four games left, will now have Foley available for their Good Friday trip to Blackburn Rovers.