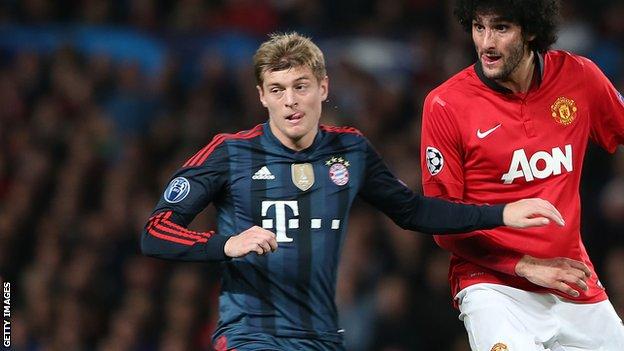 Toni Kroos will not sign for Manchester United this summer and will stay with Bayern Munich "until at least 2015", according to his agent.

The Germany midfielder is contracted to Bayern until June 2015, but talks over a new deal have reportedly stalled over his pay demands.

"There's no official contract offer and there's no need for United to submit one," the 24-year-old's agent Volker Struth told German newspaper Bild.

Kroos, one of a number of key transfer targets for United manager David Moyes, would be able to move to Old Trafford as a free agent when his contract expires next summer, but the German champions are eager for him to stay in Munich.

"It depends on Toni, but we want to continue with him here," said Bayern coach Pep Guardiola.

While Kroos can play in that position, Guardiola has regularly used him as an attacking midfielder this season.