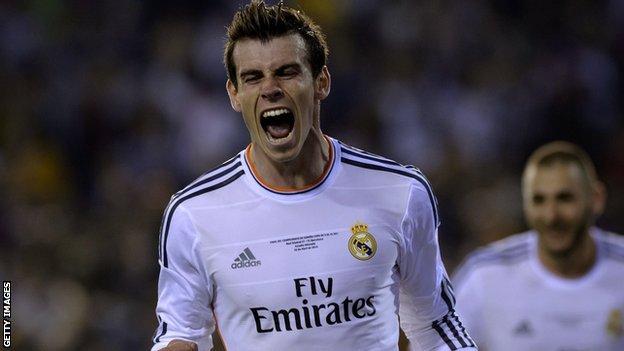 Gareth Bale has targeted the treble after his "dream come true" winner in the Copa del Rey final.

Real Madrid lie second in La Liga and will meet Bayern Munich in the last four of the Champions League.

"It was really special," Bale, 24, said. "We've won the first of the three available titles and we have to keep fighting for everything."

Former Tottenham star Bale had been accused of failing to influence Real Madrid's big matches since arriving at the Bernabeu in a world record £85m switch last summer.

He has scored 20 goals in all competitions, including 14 in La Liga, but failed to find the net in four league encounters with title rivals Atletico Madrid and Barcelona, as well as the Champions League second leg against Borussia Dortmund.

"It is certainly the most important goal of Bale's career," he said. "It came at a decisive point of the match."