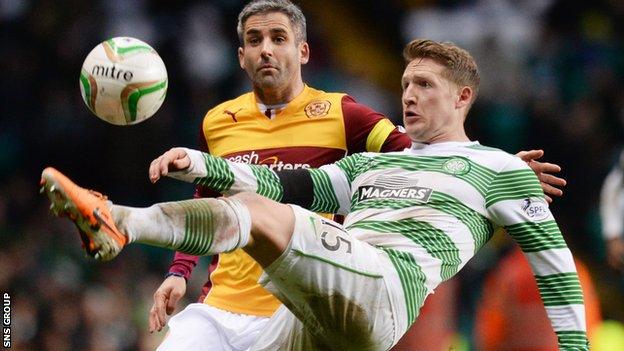 The next Scottish league season will kick off on 9 August - the weekend after the Commonwealth Games finish.

All four divisions in the Scottish Professional Football League will start on the same date, but there will be cup action during Glasgow 2014.

The first round of the Challenge Cup will be played on the last week of July, with the League Cup opening on 2-3 August.

A full fixture list for the campaign is expected to be announced in June.

Neil Doncaster, SPFL chief executive, said: "The first official SPFL season has already provided many highlights and memorable moments, and we look forward to its conclusion including the widely anticipated play-offs, which this year will feature the new Premiership play-off.

"We are also very busy planning for season 2014/15 and are pleased to announce the start dates across league and cup competitions.

"There are some very positive stories to be told across all our leagues at the moment and we only see the level of interest in Scottish football increasing further in the months ahead and as next season kicks off."