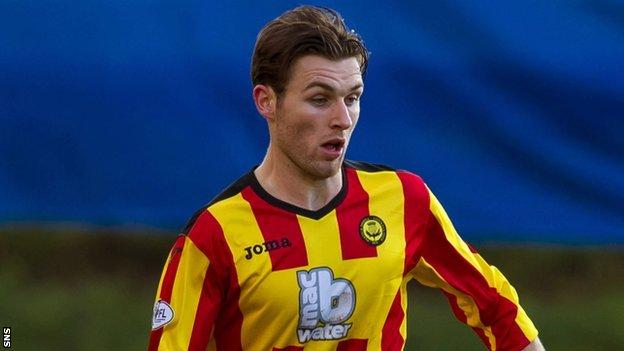 Partick Thistle will be without Stephen O'Donnell for the final five games of the season after the defender was forced to have a hip operation.

Thistle manager Alan Archibald had hoped that a weekend without a game would ease his injury worries.

"It has probably got worse if anything," he said ahead of Saturday's match visit to Kilmarnock.

"Stephen O'Donnell went for an operation last Friday, so he's now out for the season as well."

Midfielders Isaac Osbourne and Sean Welsh are long-term absentees, while defender Aaron Muirhead will also again miss out at Rugby Park and a couple of weeks away from a possible return.

Conrad Balatoni returned to training this week, but fellow defender O'Donnell's season is over as second-bottom Thistle look to gain the points necessary to avoid a play-off and possible relegation.

"He's had a problem all year with his hip, so he couldn't go any further and had to have it done," added Archibald.