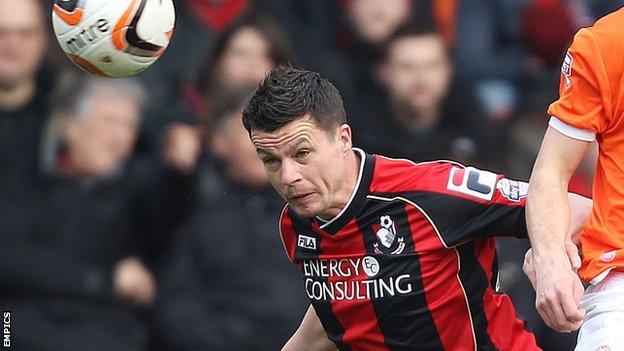 Harte, 36, joined the Cherries in June 2013 and has started 20 league games this season, making a total of 25 appearances so far this term.

Harte told the club's website: ""As soon as the gaffer [Eddie Howe] said he wanted to keep me, I was only too happy to stay.

"The team is going places and it's great to be part of that."

The former Republic of Ireland international began his career with Leeds United, where he played Champions League football, before joining Spanish side Levante in 2004.

He returned to England after three years and had spells with Sunderland and Blackpool before joining Carlisle in March 2009 and Reading in 2010.