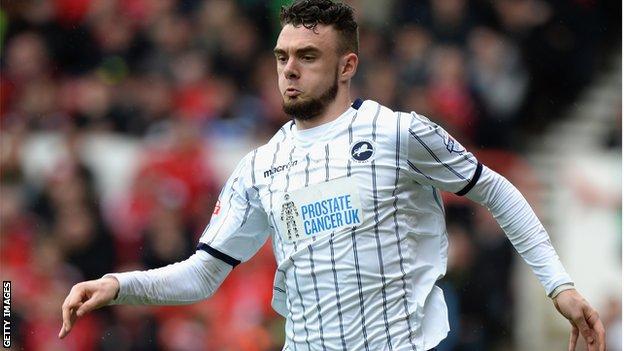 Millwall face a last-day wait to preserve their Championship status despite earning a battling draw at QPR.

The point edged Ian Holloway's side two clear of third-bottom Birmingham and one ahead of Doncaster.

Now a win against Bournemouth at the New Den on Saturday will guarantee their Championship survival.

That scenario is one that Millwall fans will accept gratefully given that they were seconds away from their future being out of their own control.

Had they not equalised, and had Doncaster not conceded twice in the final four minutes against Reading, Holloway's side would have been looking out anxiously for the result of Birmingham's game in hand against Wigan on Tuesday. A home win in that one would have left them in the bottom three.

Instead, Malone's shot was misjudged by goalkeeper Rob Green, the ball trundling into the net to earn Millwall a point.

That was reward for a competitive performance against a QPR side already secure in the play-offs.

Stefan Maierhofer and Lee Martin spurned openings before the latter left the field on a stretcher following a challenge involving Tom Carroll.

After that, Millwall were indebted to goalkeeper David Forde, who thwarted Niko Kranjcar, Austin, Ravel Morrison and Junior Hoilett.

However, the Irishman could not deny Austin his 17th of the season after Jackson, under pressure from Morrison, handled Hoilett's cross.

Holloway's side rallied late on, Shaun Williams cannoning a free-kick against the crossbar before Malone struck.

"I think handball should be deliberate. It might have hit his hand but was it in the box and was it deliberate?

"If there hadn't been a whistle, not one person behind that goal would have jumped up looking for a penalty - and I know this ground pretty well.

"But because it's Millwall it doesn't matter. How many times has that happened this year?"

"When you're 1-0 up in the last minute you expect to see the game out.

"Wigan lost which means we know we're going to be at home for the second leg [of the play-offs] and that's what we wanted."