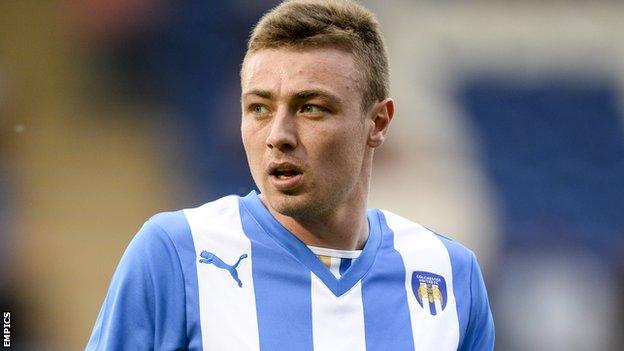 Colchester beat promoted Brentford to all but seal their League One status.

Freddie Sears scored from the spot to make it 3-0, after Alan McCormack had fouled Sanchez Watt.

Brentford pulled a goal back when Stuart Dallas lashed in from 20 yards but Sears restored Colchester's three-goal cushion after he thumped into an empty net.

"At times I thought we were magnificent today. Tactically we were great. It would be nice to see some more it, as a manager that's what frustrates you because I know what my team is capable of.

"I think the players deserve a lot of credit today against a top side. They came here and picked their best team."

"That kind of effort and that kind of commitment at this stage of the season was incredible.

"We've got a lot of injuries from it, but somebody once said about leaving everything on the battlefield and we did that today."