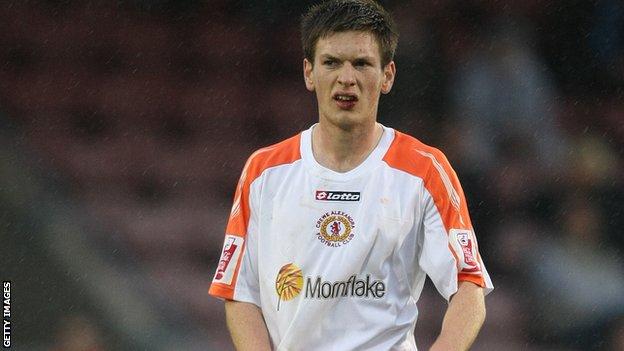 Crewe Alexandra earned a hard-fought point against Bristol City to stay one place outside the League One drop zone.

The visitors started well with early efforts from Matthias Pogba and Matt Tootle both going wide.

The Robins came close to breaking the deadlock through Marlon Pack's shot from 35 yards.

Crewe had a great chance to win it late on when the ball dropped to Tootle but his shot flashed across the face of goal from six yards.

Bristol City manager Steve Cotterill: "Probably a bit of an anti-climax today, I felt it was a real party atmosphere, I felt as though we needed to score in the game.

It wasn't quite that zip or that hunger that there has been in recent performances which is understandable, I've been waiting for about three weeks for that type of performance to come.

"It wasn't a bad one; it was almost that easy, we could pass it for fun. But we didn't have enough penetration certainly in the early part of the game.

"We needed to score a goal I felt today, I thought the crowd were terrific, absolutely terrific today, they have been since I've been at the club but I thought today they made it such a fantastic place."