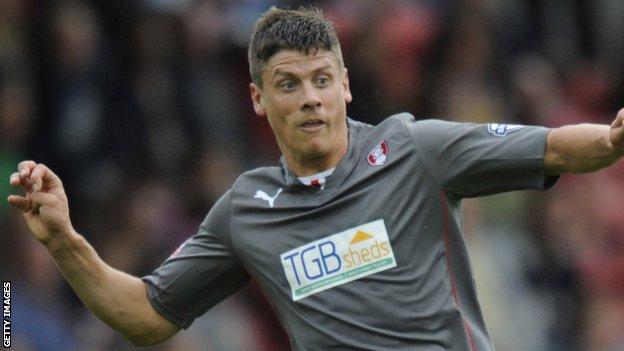 Alex Revell's stoppage-time header saw Rotherham come back from two goals down to get a point against 10-man MK Dons.

Matthew Kennedy converted Ryan Hall's pass to give the Dons the lead.

Brendon Galloway was sent off for a second booking three minutes after the break, but his team-mate Izale McLeod doubled the visitors' advantage.

Rotherham made their numerical superiority tell though, as first Michael O'Connor scored, before Revell headed in Kari Arnason's long throw.

"George Baldock shook us all up when his injury happened. We believe he lost consciousness on the pitch, and was stretchered off.

"He's been taken to hospital now. He's going to be okay, but he's just a bit shaken up at this moment in time.

"I'm so proud of the players today and the football club. Our fans sang their hearts out for 90 minutes, and I think we've all shown you that we're made of better stuff than what people first thought.

"The way Brendon Galloway conducted himself, and how upset he is at the moment is great for his development - these are all learning curves."

"I think it was a disjointed performance. We never really got going from the first whistle.

"There was sloppy play all over the pitch - I can't identify two or three individuals because I think it was all of them.

"Obviously we made some changes, and in the second half we had a bit of a go, got back and got a point.

"The performance was not good enough but I cannot fault my team for the effort, and spirit, to go on to the end."