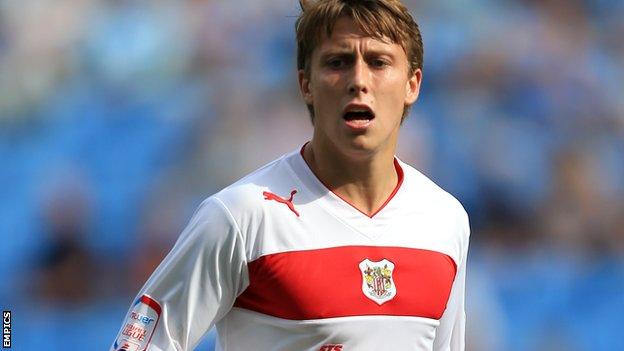 Boro took the lead when Jimmy Smith found some space and fired home from close range, before the visitors struck twice in five minutes after the break.

Malvind Benning latched on to Milan Lalkovic's pass to score and Craig Westcarr tapped in, with Jo N'Guessan then equalising with a neat finish.

Freeman completed the comeback for relegated Boro with an easy tap-in.

"It's a strange feeling winning at home, unfortunately. It's been a long hard season, a trial for the fans, who were again here for us today, and I'm delighted the boys have been able to give them something to smile about.

"There was some energy to want to win the game. There was some work rate and lads giving their all. Some of the senior players will be looking in the mirror tonight and be thinking 'did I give as much as that when I was called upon?'

"We weren't brilliant. We didn't play great football, but we did work at the basics, and those basics saw us home with a good three points.

"I think Jimmy's (Smith) been brilliant for us this season. He's been a real man about things, he's obviously not happy being part of a losing side, but he's knuckled down every day and set really high standards. If everyone lived up to Jimmy's standards I think we'd be in a different place."