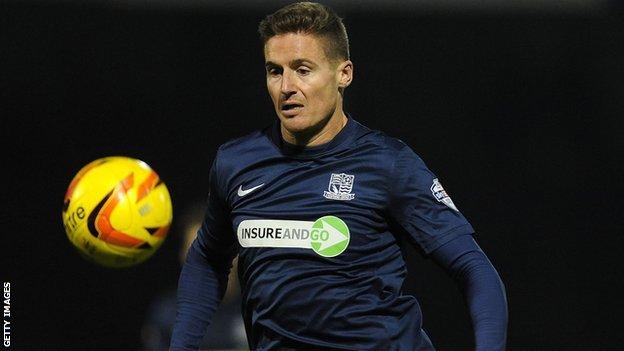 Steven Schumacher put Fleetwood ahead, his whipped, left-wing free-kick evading everyone to sneak in.

Three minutes later, Corr thumped home from a corner to restore parity, before Daniel Bentley made a string of second-half saves to make sure of the point.

Fleetwood sit two points behind third-placed Chesterfield with a match to go, but the Spireites have a game in hand.

The result likely ends the Cod Army's hopes of automatic promotion, as Chesterfield's vastly superior goal difference will mean they need a point from their final two fixtures.

"I thought it was a decent game, end-to-end, we had to battle away and we deserved a point.

"We're disappointed with the goal we conceded, we didn't really think it was a free-kick and they've took it again and were able to put a decent ball in.

"As the game went on we got stronger and stronger, the game got stretched and we looked like we were going to nick one.

"It's great to be there [in the play-offs], we'd have liked automatic [promotion]. We're hoping we are coming into some real momentum and the season's coming to an end."