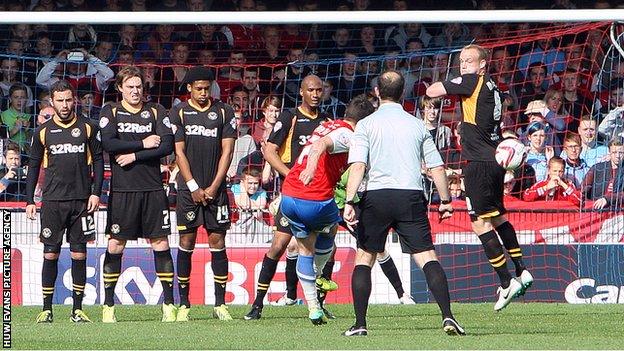 York City extended their unbeaten run to 16 games with victory over Newport County and claimed their place in the League Two play-offs.

Michael Coulson's second-half free-kick from 25 yards secured the win for Nigel Worthington's side.

"The run we're on at the moment is magnificent effort by the players and the staff.

"We fully deserve to be in the play-offs, I think that's the first thing. We've not crept in the back door.

"It doesn't matter what way you get in we've really forged ahead and stuck to our guns and we've got in there through determination and energy.

"There are two big games to come home and away and at the moment as it stands we've got a one in four chance of getting through, so that's the nice side of it."

"If they score a good goal then you can sometime hold your hand up and say you've been done by a bit of brilliance or skill.

"But we know we should have stopped them scoring and come away with a draw.

"We need to bring some fresh faces in and need to make sure that the recruitments we bring in are better."