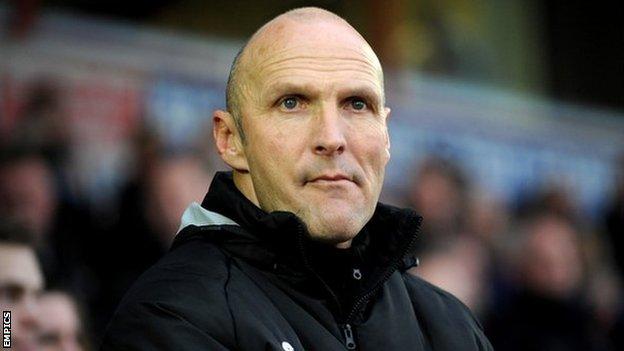 Chester were relegated from the Conference Premier after conceding a late equaliser to Salisbury.

The home side opened the scoring when Jason Jarrett's shot was re-directed by Danny Carlton into the bottom corner.

Salisbury levelled through Charlie Sheringham's near-post header but John Rooney made it 2-1 with a wonderful curling shot from the edge of the area.

With five minutes to go Elliot Frear's cross was headed in by Jamie White and Chester could not respond.

Hereford's dramatic 2-1 win at Aldershot meant that they escaped the drop on goal difference.

"I feel for Chester. Relegation must be a bitter pill to swallow, particularly on goal-difference.

"I was delighted with the way my lads performed today and I thought both teams had a right go.

"That was a positive way to end the season - hard work, endeavour and little bits of quality at the right time.

"I'm delighted with the way the season has gone. I'm proud of each and every one of the players for what they've achieved."