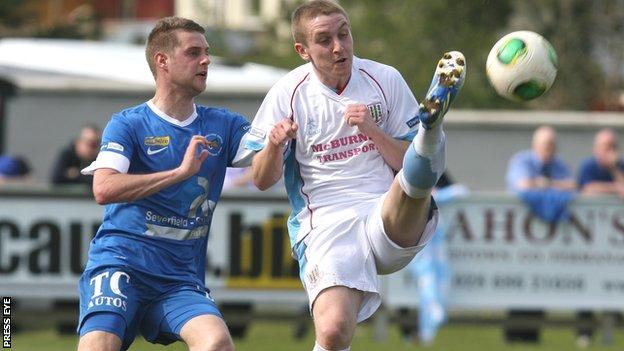 Ballinamallard moved three points clear of the promotion/relegation play-off place with this scoreless draw against Ballymena at Ferney Park.

Aaron Shanahan saved late on from Stafford's header with the ball scrambled off the line.

It was a frustrating day for Stafford with the defender coming closest before the break when his header hit a post.

Ballinamallard have a three-point advantage over Warrenpoint with two games left while Ballymena are preparing for the Irish Cup final against Glenavon.