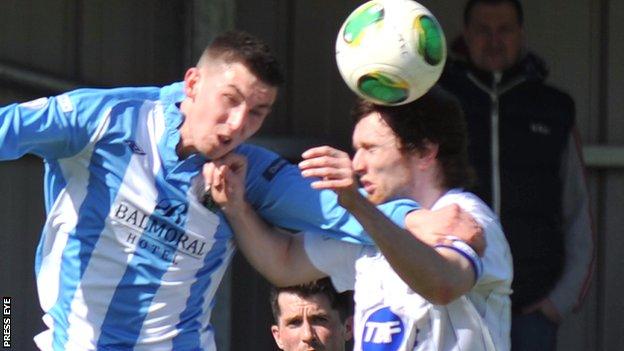 Warrenpoint Town remain in the promotion/relegation play-off spot after Gareth Tommons struck a second-half winner for Coleraine at Milltown.

Coleraine were the better side in the first half and striker David McDaid saw his effort kept out by Jonathan Parr.

Tommons latched onto Michael Hegarty's throughball before slipping the ball under Parr for the 67th minute goal.

Bannsiders midfielder Ruairi Harkin was first to threaten with his free-kick kept out by Parr.

Tommons also went close for the visitors while Cowan was denied by keeper Eugene Ferry.

Tommons made the breakthrough midway through the second half and Cowman missed out on a last-gasp chance to level.