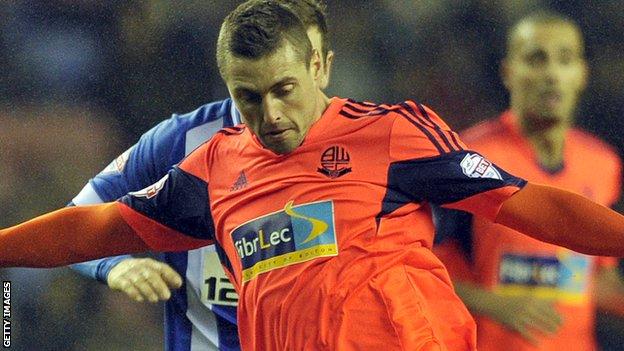 Bolton's Brazilian midfielder Andre Moritz could miss the rest of the season after injuring a hamstring.

The 27-year-old was hurt in training and missed the Good Friday Championship trip to Charlton Athletic.

"It very much looks like that could be him done for the season," manager Dougie Freedman told the club website.

Moritz after helping Crystal Palace win promotion via the play-offs last season and has scored seven goals in 27 games.