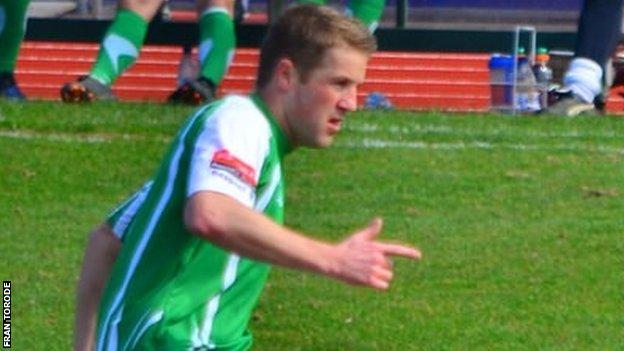 Dominic Heaume's late equaliser got the point the Green Lions needed to secure fourth place in the table.

Guernsey's Marc McGrath had a penalty saved before Heaume struck with the help of a goalkeeping mistake.

"We were in a controlling situation at 1-0, so much in control that it was bit of a flat first half and we didn't really get out of second gear.

"Second half we made two poor mistakes to let them back into it and take the lead.

"It got a bit scary towards the end but it was good to see Matt Loaring and Dom Heaume come on and Dom to get the equaliser."