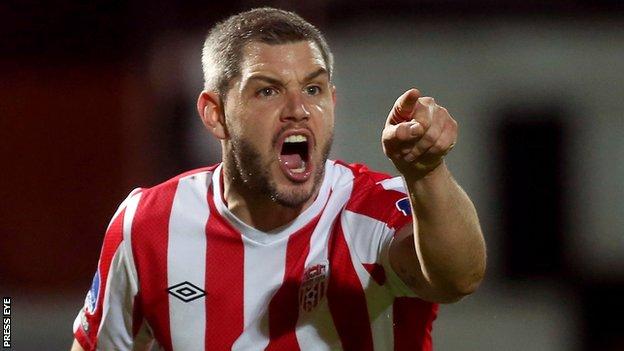 Derry City dropped two home points as they were held to a draw by Limerick in Monday's Premier Division mid-table clash at the Brandywell.

There were few chances in a disappointing match, although Derry did mount a late push for a winner.

Defender Dave Elebert got on the end of a free-kick by sub Patrick McEleney but his goalwards poke was cleared off the line by Sam Oji.

Derry have won just two of their nine league matches so far under boss Collins who made 10 news signings before the start of the campaign.

Along with Limerick, the Candystripes are the division's lowest scorers with just six goals.

Last season's top scorer Rory Patterson was left out of the Derry squad for Monday's game, along with Shane McEleney.