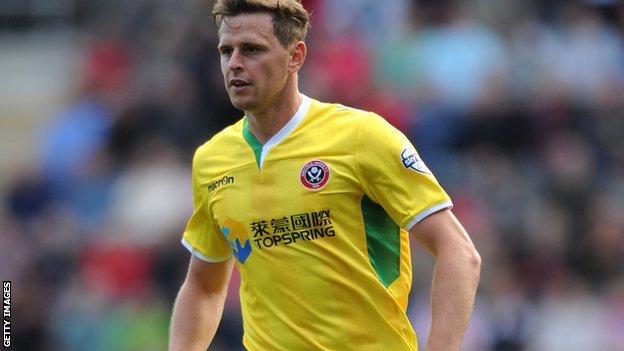 Sheffield United's Chris Porter scored a late equaliser to grab a point at former club Oldham, who are now unbeaten in nine League One games.

Both sides were guaranteed a mid-table finish before kick-off, but Oldham were livelier and led when James Wilson met Connor Brown's cross to head in.

The Blades improved after going behind and Conor Coady slotted home on 43 minutes, only to be ruled offside.

"You've got people like John Brayford that has gone for a lot of money, and they bought Jose Baxter for us.

"They're a big club and I was pleased because we're punching above our weight. They're a giant and we're a little gnome throwing a spear at them.

"We held our own tonight. I was very pleased with my team."