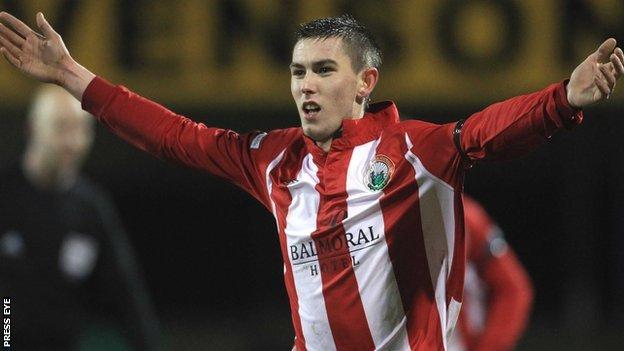 A second half strike from Daniel Hughes gave Warrenpoint Town a 1-0 victory over Ballymena United at Milltown.

Daniel Hughes rifled in the only goal on 62 minutes while Allan Jenkins headed over for United late on.

Warrenpoint's top-flight status was secured on Tuesday when Championship results ensured they would not face a possible relegation play-off.

It was a frustrating first half for Daniel Hughes, his shot striking a post after seven minutes before he squandered good chances.

Ballymena also created opportunities in an entertaining affair and Jenkins went close with a first-half header while Darren Boyce header over.

Daniel Hughes netted for the 13th time this season with a fine 20-yard finish after good work from Stephen Hughes.