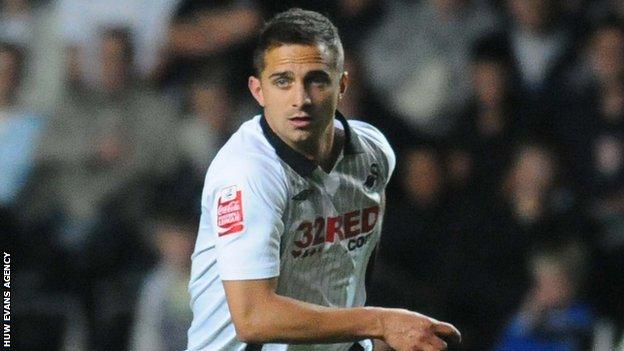 Former Swansea City midfielder Ferrie Bodde is in an induced coma after being diagnosed with pneumonia.

In a statement, the club said Bodde was in hospital, adding: "It was decided to keep Ferrie in an artificial sleep for a number of days to fight the bacterial infection and to prevent damage to the organs.

"We are obviously very shocked by this news and wish him a speedy recovery."

Bodde joined the Swans under then-manager Roberto Martinez in June 2007 from ADO Den Haag and left in July 2012.

He suffered three cruciate knee ligament injuries during his time at Liberty Stadium.