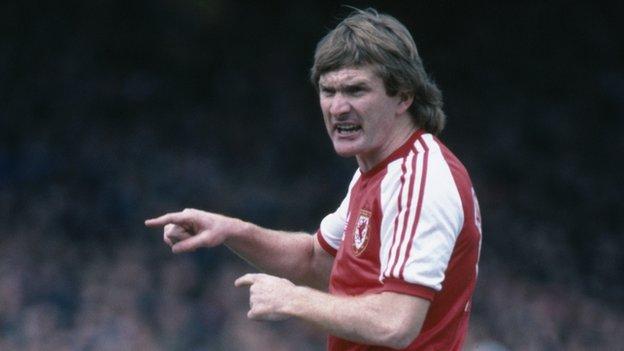 Swansea confirmed the 61-year-old's illness and that he has had hospital treatment.

James, who made his name at Burnley, is a football pundit for BBC Wales.

He made 54 Wales appearances, scoring 10 goals.

After his playing career James went on to manage a number of non-league clubs in England and Wales, the most high-profile being Accrington Stanley in 1997-1998.

In Wales he has managed Llanelli, Aberaman and Haverfordwest County.