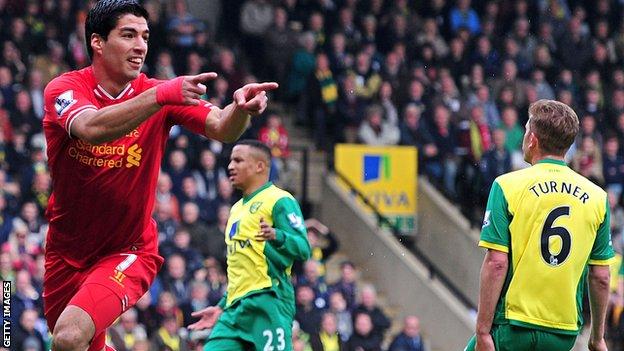 Liverpool will hand manager Brendan Rodgers a significant summer transfer kitty as the club seek to build on qualification for the Champions League.

The Reds, favourites to win Premier League, believe Europe's elite competition will help them attract top talent and are willing to pay for it.

"It will cost what it costs when we decide who the manager wants to buy," said managing director Ian Ayre.

Liverpool's small squad have benefited from not playing in Europe this season.

After finishing seventh last term, their target for the current campaign was to finish in the top four.

However, they have exceeded all expectations and are now assured of at least third place, avoiding a qualifying play-off to reach the Champions League proper.

With three games left, they top the Premier League table and need seven points to be crowned champions.

"It has always been tougher in the transfer market when you are not competing at the highest level," said Ayre.

"We have always been fortunate to be able to bring great players here despite that, but there is no question it opens up a few doors for us and makes it a little bit easier.

"There is no question we always expected that the squad we need for next season will be very different to the squad that we have needed for this year when we were not playing in Europe."

It is likely that Liverpool's main focus will be on defensive reinforcements.