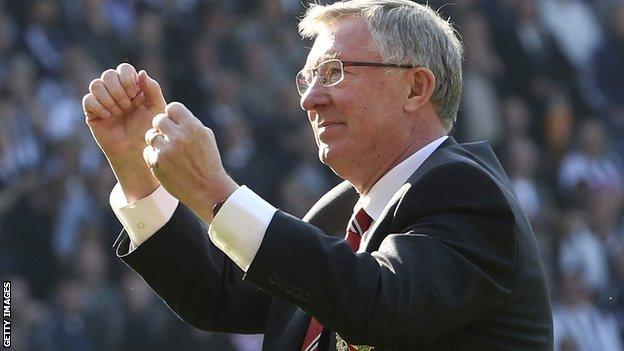 Moyes, who was hand-picked by Ferguson as his successor last year, was sacked on Tuesday after 10 months in charge.

Ferguson will be part of a selection panel consisting of every Manchester United board member.

During his 26-year reign at Old Trafford, Ferguson won 38 trophies, including 13 league titles and the Champions League in 1999 and 2008.

Under Moyes, United lost six league games at home, were beaten in the FA Cup by Swansea at Old Trafford and went out of the Capital One Cup at the semi-final stage.

They are seventh in the table with four games remaining and are guaranteed to record their lowest points tally in the Premier League.

The board met to discuss the decision to sack Moyes, with Ferguson and Manchester United legend and fellow director Bobby Charlton believed to have been part of those discussions.

Moyes was summoned by executive vice-chairman Ed Woodward at Carrington on Tuesday morning, when his contract was terminated.

Ryan Giggs, formerly player-coach, will take care of the first team until a permanent appointment can be made, but the 40-year-old United veteran, who has played 962 times for Manchester United, is not thought to be in the running for the job.

Paul Scholes, 39, who retired in May 2013 after chalking up 497 Premier League appearances for the Red Devils, returned to the club to assist Giggs at the Carrington training complex on Wednesday, according to a tweet from the club.

United are looking to appoint an experienced manager who has a history of signing top-class players and managing them.

With Jurgen Klopp and Pep Guardiola appearing to be out of reach, Netherlands coach Louis van Gaal and Real Madrid boss Carlo Ancelotti are believed to be the leading contenders to take the reins at United.

Whoever takes over from Moyes could have about £100m to invest in rebuilding the squad.