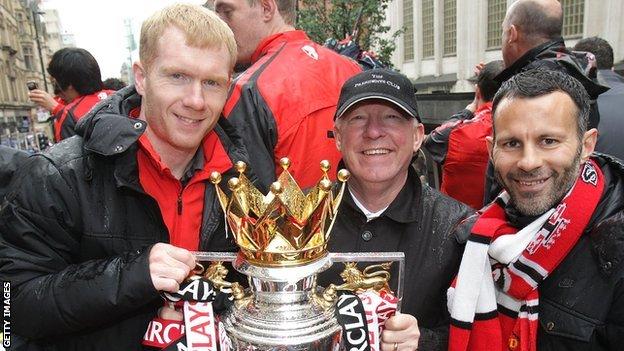 Scholes opted against taking up a full-time position under Moyes as he wanted to spend time with his family.

But, with long-time friend Ryan Giggs now in charge and former team-mates Nicky Butt and Phil Neville assisting, he has agreed to help out.

United revealed on their Twitter page that Scholes was back at the club's training ground on Wednesday.

Scholes did join Butt as a coach for United's Under-19 squad in the UefaYouth League earlier this season.

However, that has been the limit of his involvement after retiring for the second time at the end of last term.

His 718 appearances leave him third in the all-time United list, trailing only Giggs and Sir Bobby Charlton. He also was part of two Champions League-winning squads and lifted the FA Cup on three occasions.

Notoriously publicity-shy, Scholes did make a recent TV appearance as a pundit for United's 3-0 home defeat by Manchester City in March, when he was left distinctly unimpressed by his former team's performance.

"When I was playing, we could be two or three down, but we never felt we were beaten," he said.

He also pin-pointed weaknesses in United's defence and midfield that he felt had gone unaddressed for some time but called for Moyes to be given more time to implement his plans.