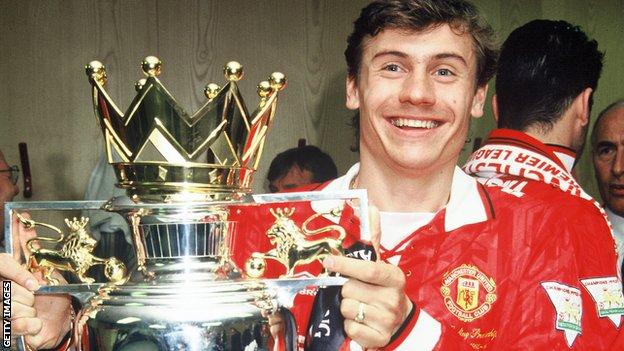 Kanchelskis, who won five trophies with the club in the 1990s, has weighed into the debate over United's woes and says some players are not good enough.

"I do not understand why Rio Ferdinand and Rafael are still in the side," Kanchelskis told Reuters.

"They are not up to the standard of Manchester United."

Under Moyes, United have lost six league games at home, been beaten at Old Trafford in the FA Cup by Swansea and gone out of the Capital One Cup at the semi-final stage.

They lie seventh in the table with four games remaining and are guaranteed to record their lowest points tally in the Premier League era.

But Kanchelskis, who scored 36 goals in 161 appearances for United, insists Moyes is not solely to blame for the drop in standards.

"Not all the players are ready to play for United, especially in defence and midfield," the former winger said. "They need to get rid of a few players across the pitch.

"The number of injuries throughout the season also shows that not all is well with the club's training regime."

Kanchelskis, a former team-mate of caretaker manager Ryan Giggs in the mid-1990s, said United should turn to Borussia Dortmund coach Jurgen Klopp, even though the German has ruled himself out contention for the job.

"I really like this coach. I think his style would really suit Manchester United," Kanchelskis said.