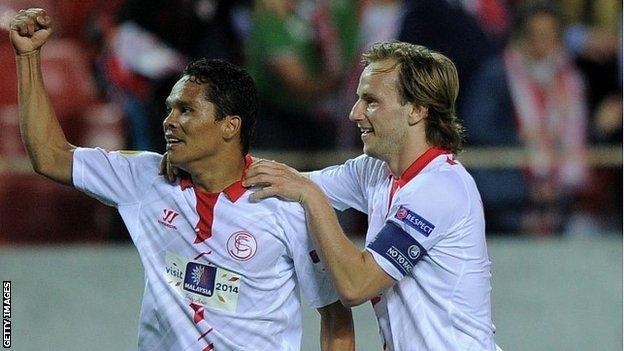 Sevilla took a commanding hold of their Europa League semi-final against Valencia as Stephane Mbia and Carlos Bacca scored in a first-leg victory.

The visitors' Edu Vargas swept wide before heading against the bar, but his side have it all to do at the Mestalla.

Sevilla had won 12 of their last 15 games coming into the match, including a 2-1 success over Real Madrid, and are now unbeaten in their last 14 home meetings with Valencia.

However the hosts' coach Unai Emery, who managed Valencia between 2008 and 2012, will remind his team that they lost 3-1 away to his former side in their league meeting in September.