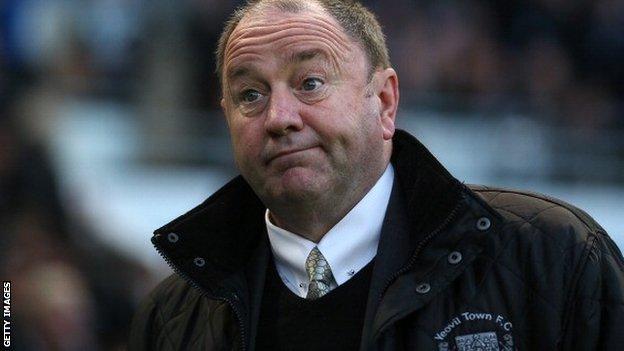 Relegated Yeovil's season ended miserably as they suffered a heavy loss at home to mid-table Middlesbrough.

Danny Graham gave the visitors the lead with a simple goal from close range before Sam Hoskins put James Hayter through to level within 10 minutes.

But goals from Emmanuel Jorge Ledesma and Lee Tomlin in quick succession before the break put Boro in control.

Ledesma struck again after the break with an acrobatic volley which ensured Boro ended the season emphatically.

The visitors, who ended the season in the top half of the table, could have gone further ahead only for Graham to shoot wide from five yards in what was one of the misses of the season.

Eight of Yeovil's starting line-up for the season finale played in the League One play-off season 12 months ago, but manager Gary Johnson was a notable absentee on the Huish Park touchline as he served a one-match ban following an altercation with match officials during his side's defeat at Charlton last month.

Johnson was helpless to prevent his team from slipping to a fourth defeat in six games.