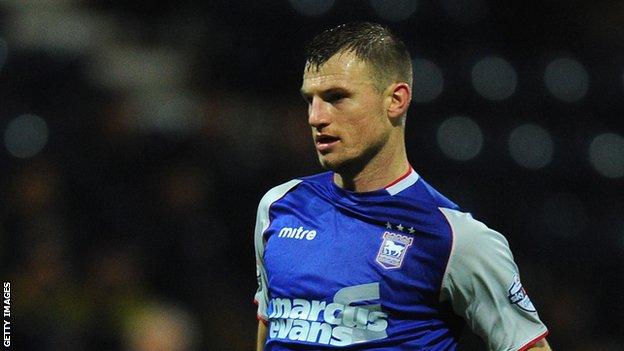 Tommy Smith gave Town the lead when he tapped in shortly before half-time after Damian Martinez failed to hold onto Daryl Murphy's shot.

Kieran Lee equalised for the Owls from close range after Caolan Lavery miscued his shot.

Green made sure of the win when he headed in Stephen Hunt's free-kick.

Stuart Gray's Wednesday, who finished the season in 16th, created more chances than their hosts.

Sam Hutchinson and Atdhe Nuhiu both went close with headers, while Ipswich defender Luke Chambers made a brilliant block to deny Michail Antonio.

Ipswich boss Mick McCarthy on finishing ninth: "It is progress and I am immensely proud of the lads - I think they have been great.

"We have not spent a note on anyone coming in and the nucleus of the side will be here next season.

"When you look at the teams below us - Forest, Huddersfield, Bolton - they have all done it differently."

Sheffield Wednesday boss Stuart Gray: "I am a little bit disappointed with how we have ended the season. With 21 goal attempts, we should be doing more.

"We probably deserved something from the game, whether a win or a draw.

"But credit to the players for how we have ended the season. We started with something like one win from 18 games. We have fizzled out a little at the end where we have probably been overstretched."