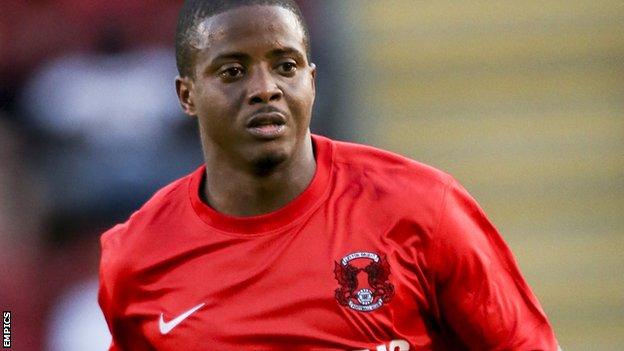 Kevin Lisbie scored twice as Leyton Orient prepared for the play-offs with an easy win at MK Dons.

The O's took the lead when Dean Cox sent in a terrific cross from the left and Lisbie headed in at the back post.

Cox set up Lisbie again to double the lead before David Mooney found the top corner from a narrow angle with a brilliant strike to make it three.

Dons scored a consolation as Ryan Hall's shot from the edge of the area was deflected in.

"The focal point of where we're at today is a accumulation of poor performances over recent weeks.

"For this team to finish 10th in the League is a tremendous positive to me. If we can finish 10th with seven of our starting 11 out, what does that hold when we get people fit and bring in players in the summer?

"I thought the fan reaction was fantastic. And that's why they deserve a rebuilding program in the summer to be competitive, because we can't be in this position again."