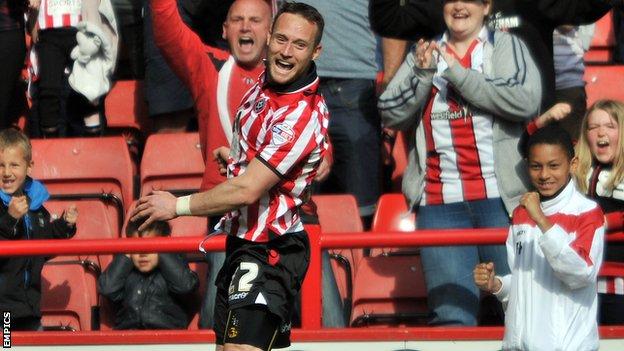 Nathan Delfouneso put the Sky Blues ahead against the run of play when he ran on to John Fleck's pass to score.

Flynn drew the sides level with a cool finish after swapping passes with Conor Coady before finding space in a crowded penalty area to slide his shot home.

"I thought the second half was good once we got a bit more positive and on the front foot - there were a few tired legs out there.

"Sometimes it can take a while to get going, as we have found in recent weeks. But once we got in our stride, I thought it was a very, very good second half.

"We're very flexible, as you've seen, we can change in a game two or three times if necessary. We'll try and do whatever it is to win a game, and with whatever formation."

"I'm very proud of the way the team went about their business. Sometimes when you come into the final game of the season it's really just pride to play for and it's sometimes like a kind of testimonial game.

"But it certainly wasn't that. The application of both sets of players was excellent and it made for a really good game.

"I'm disappointed to lose, there's no doubt about that, and it was a game we didn't deserve to lose."