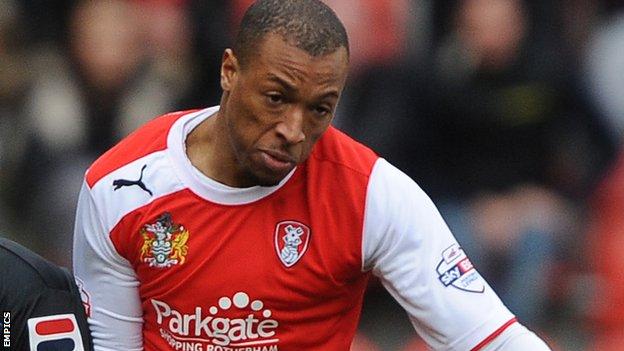 The Robins were behind after 58 seconds when Thomas latched on to Ben Pringle's pass to score in the left corner.

The pair combined again as Thomas doubled the lead with a far-post header, before Michael Smith reduced the deficit from the penalty spot.

Jay McEveley came close to an equaliser when his 30-yard shot hit the bar but the Millers held on for the win.

"First half we didn't turn up, that will have taught them a lesson. That's not acceptable.

"Second half we got the required effort and desire, and could have easily got something out of the game just by upping the tempo and getting about the pitch.

"The players have been brilliant (this season), they deserve all the credit in the world.

"The way they were thrown together and to finish in the top half of the table I'm very proud of them."

"We made some big changes to allow people with some opportunity to stake a claim.

"I though we were terrific. First half we were exceptional and we should have been over and dusted with the dominance.

"It's going to be tough. It was tough at the start of the season to try and get into the play-offs."