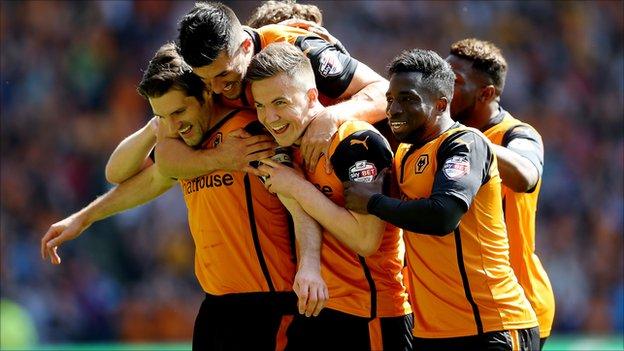 Carlisle were relegated as League One champions Wolves set a new all-time third-tier points record of 103.

Wolves skipper Sam Ricketts carved an early lead after cutting inside to let fly into the bottom corner.

Michael Jacobs doubled Wolves' lead before the break after heading Scott Golbourne's cross in off the post.

Nouha Dicko wasted a couple of chances for Wolves before eventually making it 3-0 when he rattled a strike into the roof of the net.

That enabled the January transfer window signing to edge level with Bakary Sako and Leigh Griffiths (who departed for Celtic three months ago) as Wolves' leading league scorer this season, on 12 goals.

Carlisle's defeat completed an awful end to their spell in English football's third tier, having won just once in 15 games.